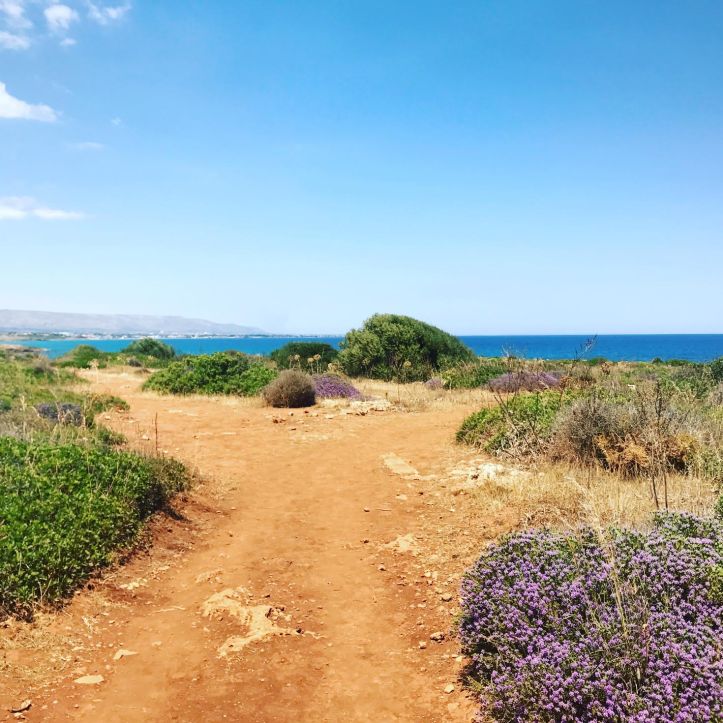 If you know me, you know there are two things that will instantly ruin my vacation: screaming children and barking dogs. Oh. And being sticky. Three things. 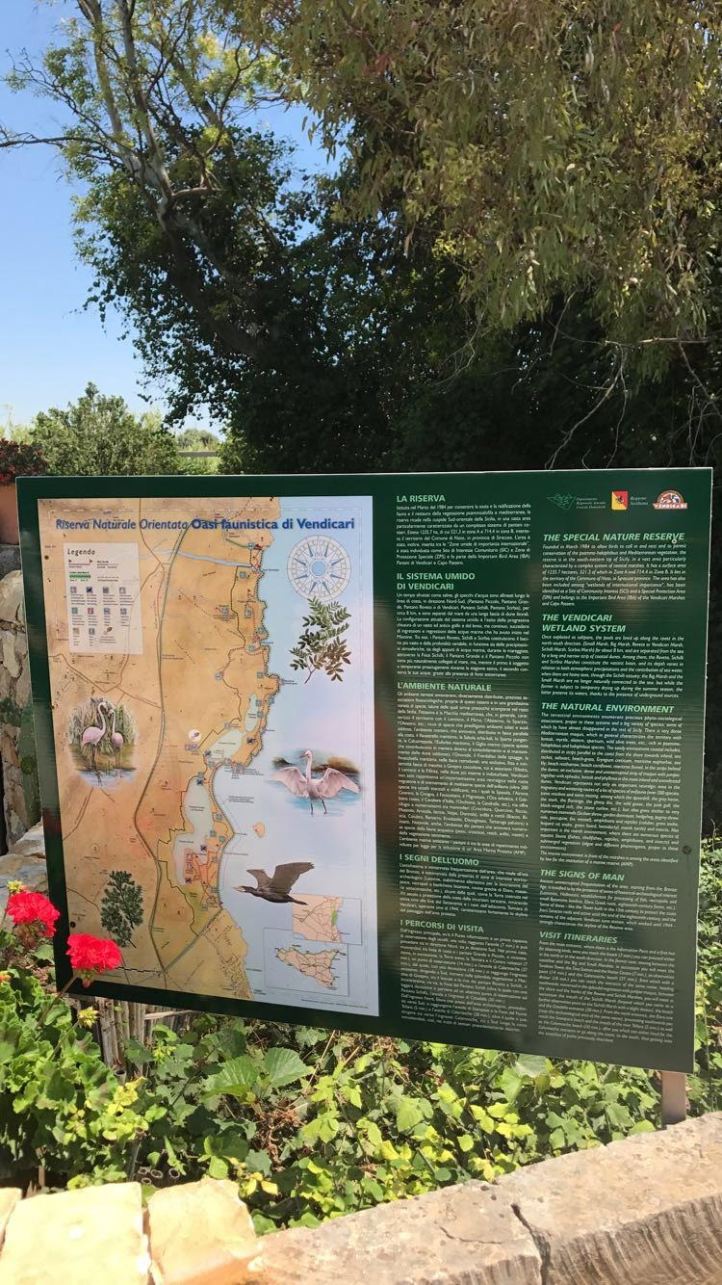 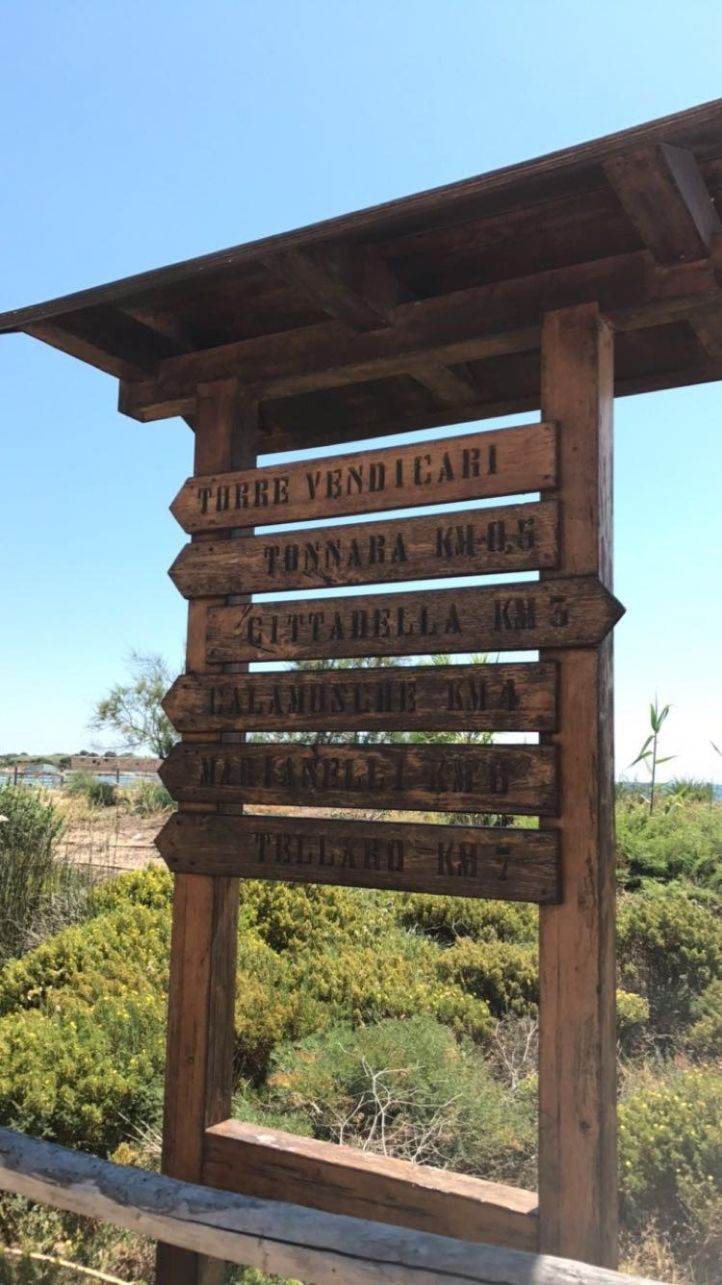 The natural reserve “Wildlife Oasis of Vendicari” was established in 1984 by the Sicilian Region. Inside the reserve, an entire ecosystem lives undisturbed.

The landscape is breathtaking, quiet, and still.

From the start, natural observation stands sit along the cobblestone path. Here, you can admire flamingos, herons, and storks that fish conspicuously from the reserve’s lakes.

Toward the beginning of our hike, we came across the Tonnara di Vendicari–an old tuna plant with very ancient Arabic origins. 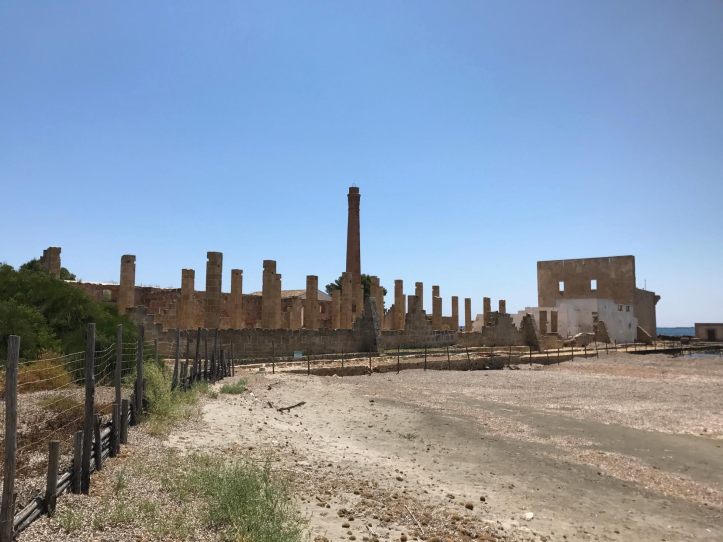 There’s a museum there that explains the ancient techniques of fishing and tuna production, that were refined over time until the Arabs, who spread the system of fixed networks divided into rooms.

In its best periods the tonnara could count up to 44 tonnaroti and 2 rais, together with about fifty small balconies that took care of the conversion of fish. 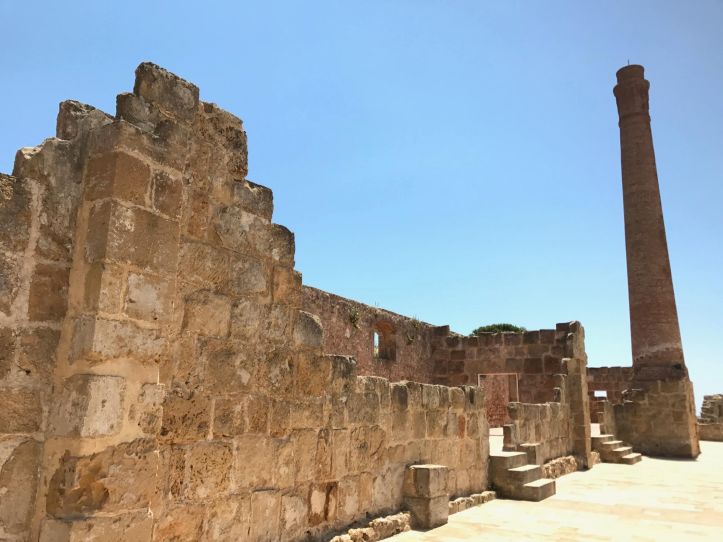 In the late 19th century, the noble of Avola, Antonino Modica Munafò, already owner of the salt mines of Vendicari, was given the entire plant, and he started a profound restoration of the rests of the old 18th century structure.

Tuna fishing of Vendicari stopped with the landing of the allies during the Second World War, even if the activity reduced in the previous years. Today, the crumbling ruins of the establishment, the pillars that supported the roof, the very high chimney and the anglers’ houses have been fully restored and returned to the community. 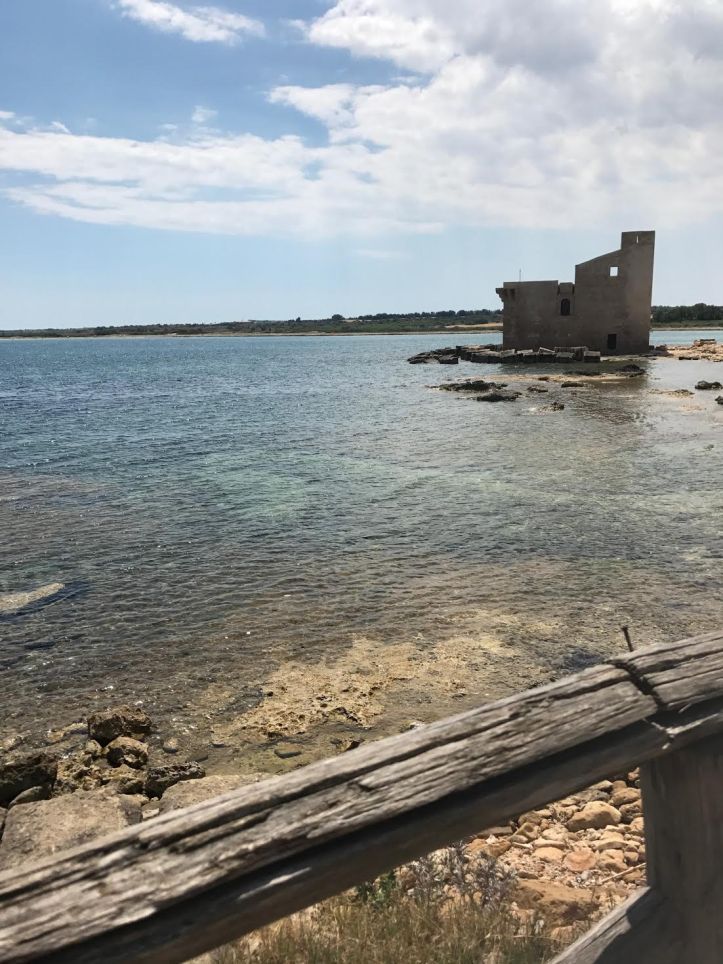 Also in the museum, Brandon engaged a stork-looking bird in a staring contest–and won.

The remainder of our hike took us along the coastline, through jasmine and myriad succulents, over dried rocks filled with sea salt and the occasional crab, between tall grasses where lizards darted across our path, and to ancient ruins along the coast.

Additional photos from our hike: 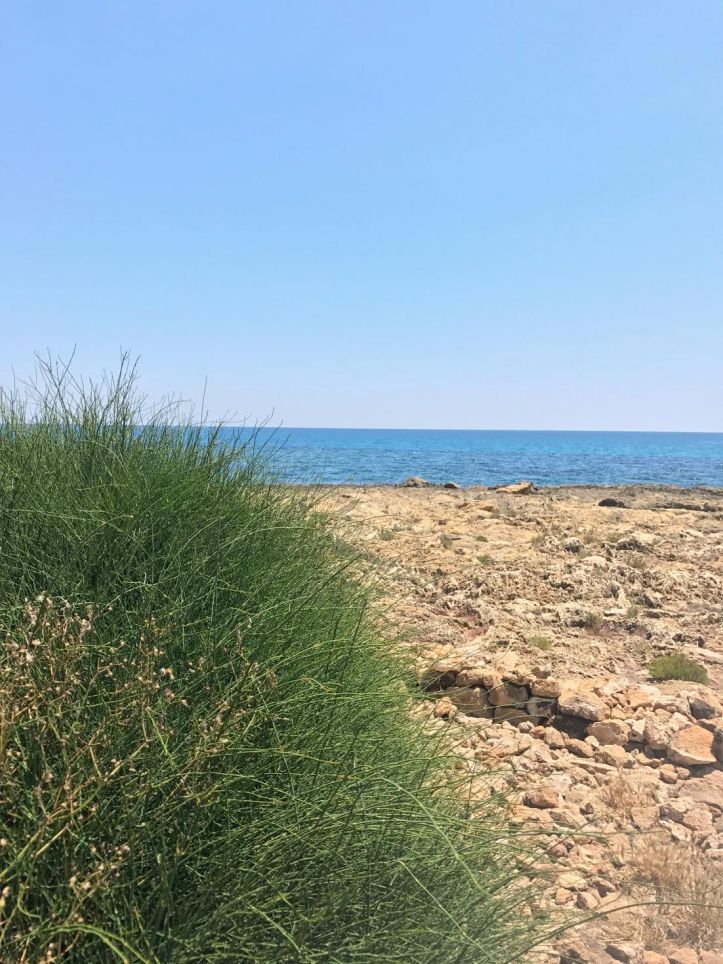 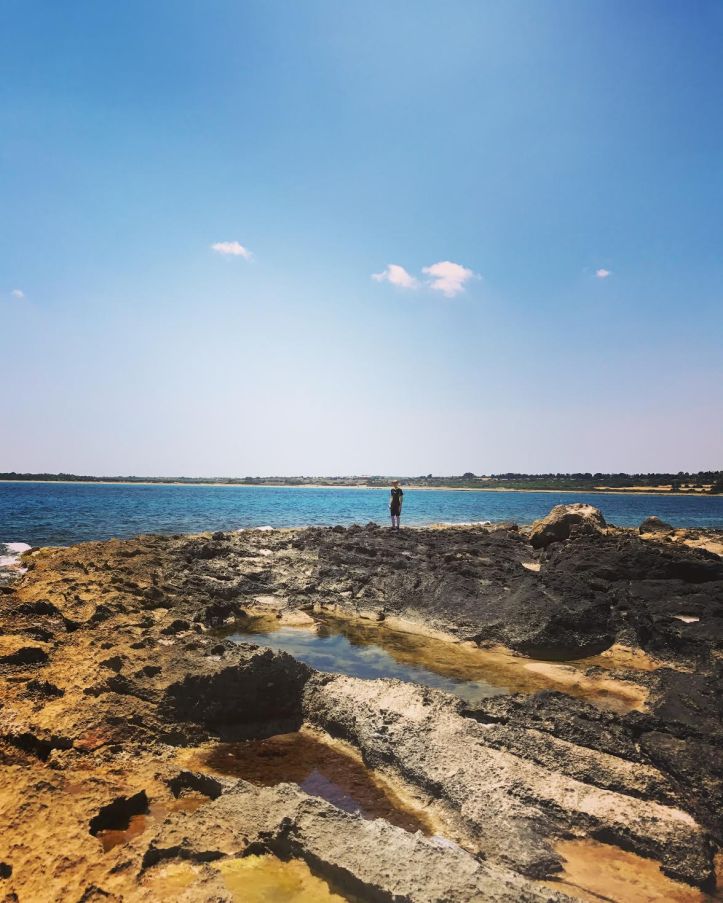 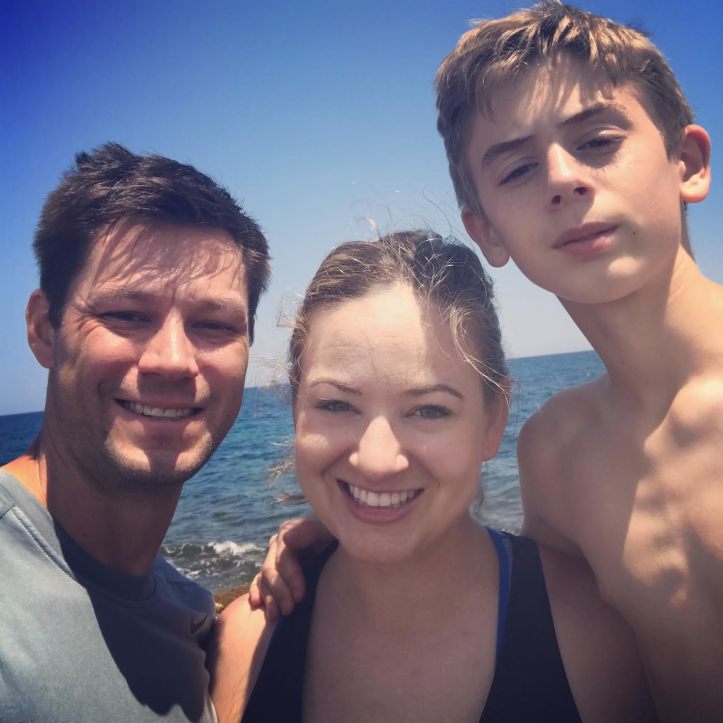 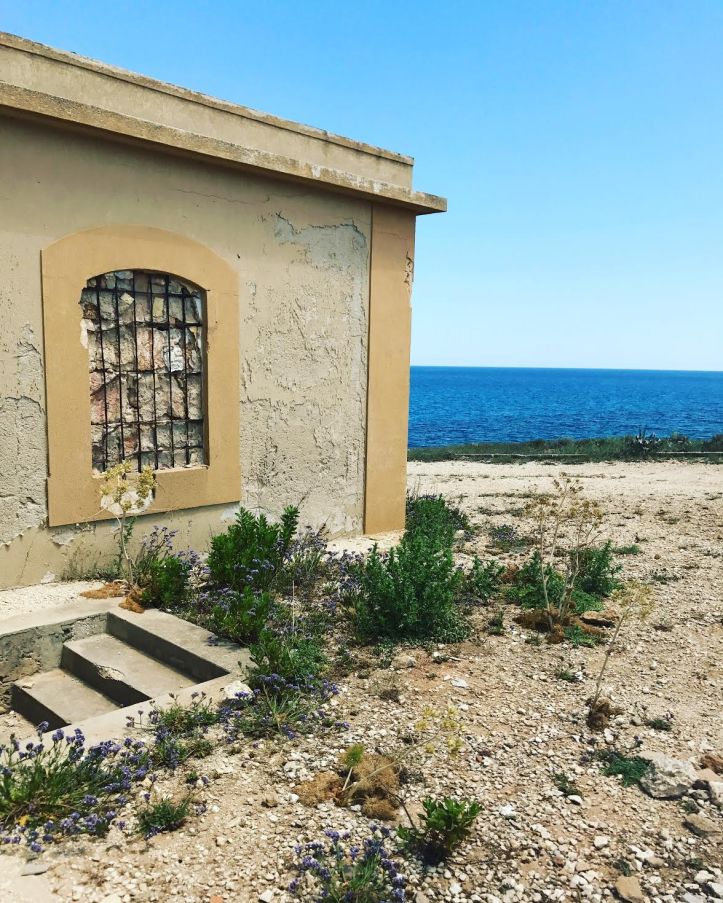 After our hike, we ate dinner on the water and a little Italian man had a swim in my vino! 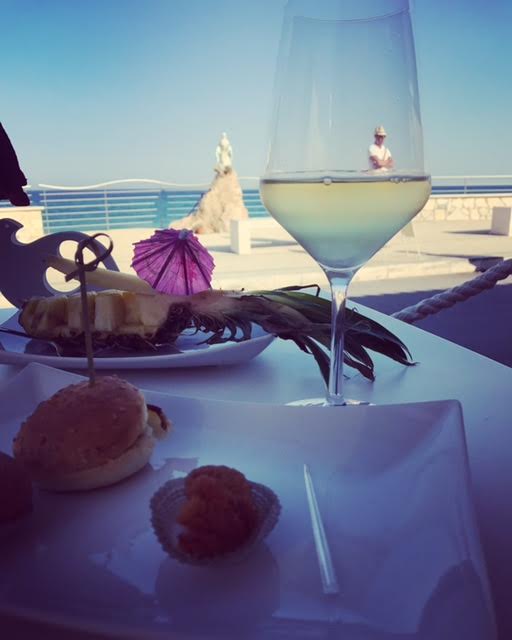